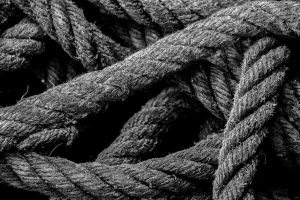 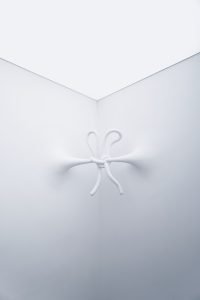 Have you heard the term “cords” or “cording” before? Perhaps you have come into contact with one of the shamanic traditions that have recognized this phenomenon ages ago? Or maybe you had a chance to learn from an NLP practitioner how to disconnect from all the ties with other people that hold you back? No?
Then maybe traditional psychology is more the area you are interested in? But even there, the phenomenon of cording has been recognized, albeit under a different term. Who would have thought that the well-known effect of transference and counter-transference happening between therapist and client is just this very same mechanism?

So let’s take a look what is really going on when two people cord, that is: get emotionally entangled.

It turns out that these entanglements are the result of two people acting from a particular place of emotional issues. I am talking about fixed beliefs, stuck emotions, emotional patterns, condensed experiences or whatever this has been called in different modalities and therapies.

Now the important thing to observe here is that these patterns are complementary. So the people involved do not exhibit the same patterns or stuck beliefs, but rather two (or more) patterns that complement each other and need each other to continue to be acted out.

Dr. Daniel Zeiss, Have Less Attachment to other People

This website uses cookies to improve your experience while you navigate through the website. Out of these cookies, the cookies that are categorized as necessary are stored on your browser as they are essential for the working of basic functionalities of the website. We also use third-party cookies that help us analyze and understand how you use this website. These cookies will be stored in your browser only with your consent. You also have the option to opt-out of these cookies. But opting out of some of these cookies may have an effect on your browsing experience.
Necessary Always Enabled
Necessary cookies are absolutely essential for the website to function properly. This category only includes cookies that ensures basic functionalities and security features of the website. These cookies do not store any personal information.
Non-necessary
Any cookies that may not be particularly necessary for the website to function and is used specifically to collect user personal data via analytics, ads, other embedded contents are termed as non-necessary cookies. It is mandatory to procure user consent prior to running these cookies on your website.
SAVE & ACCEPT